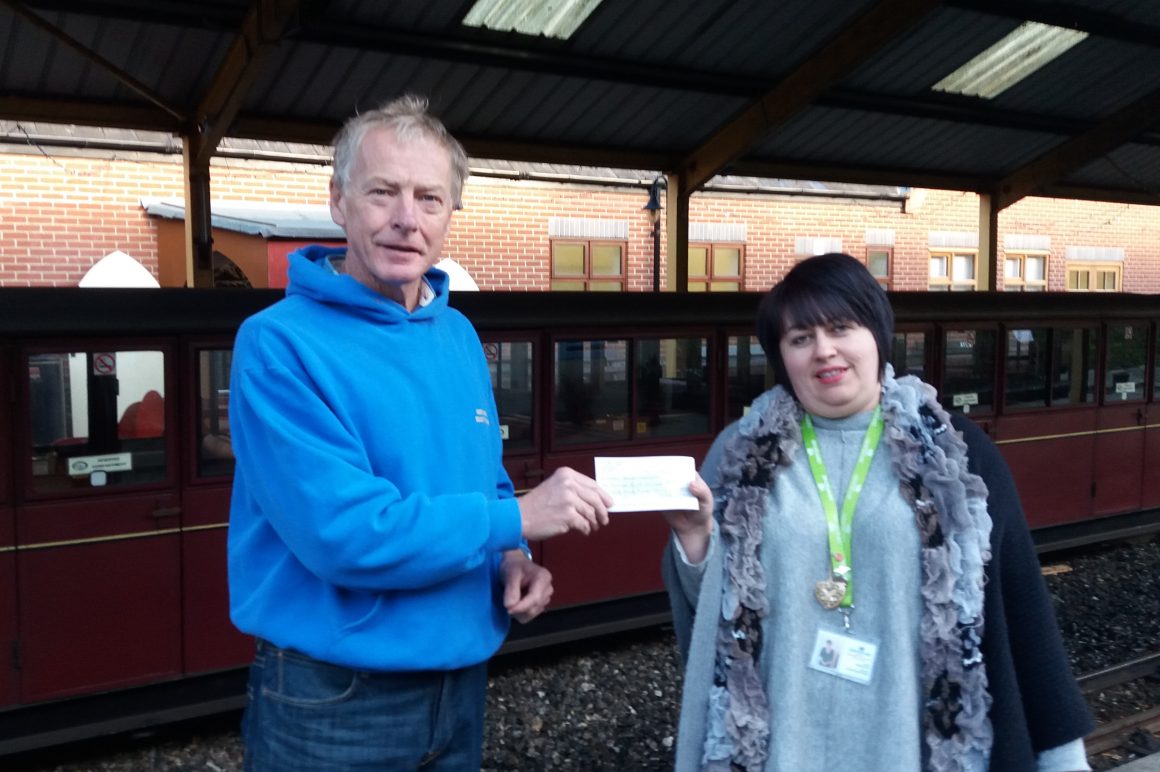 Carers Trust Norfolk has been given a cash boost of £1,839 from North Norfolk Beach Runners following their annual Chase the Train sponsored run on the footpath next to Bure Valley Railway.

The 8.9 mile race took place in May alongside Norfolk’s narrow gauge steam railway from Aylsham to Wroxham and the proceeds will be used to support care givers of all ages in Norfolk.

Michelle said: “We rely on fundraising to support our services and events. It is terrific to have the support of North Norfolk Beach Runners who donate their proceeds to us each year from their sponsored run, which is always a popular event.”

Carers Trust Norfolk has offices in Ketteringham, near Norwich and Swaffham and a year ago took over services in Norfolk which were previously provided by Crossroads Care East Anglia. There are more than 94,600 family carers in Norfolk.  However, we know this is an under-representation as most unpaid family carers do not recognise themselves as such.

If you would like to support Carers Trust Norfolk, or learn more about our services there, see www.carerstrustnorfolk.org email Michelle at [email protected] or phone 01493 441222.