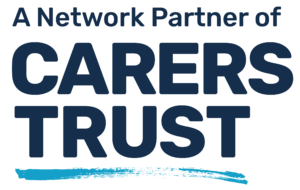 Caring Together is a network partner of Carers Trust. Carers Trust was formed through a merger of two carers charities in 2012 – The Princess Royal Trust for Carers and Crossroads Care.

Crossroads was first established in Fenland in 1982, with other local offices opening which eventually merged together. In 2006 we formed the legal entity West Anglia Crossroads Caring for Carers and we later became known as Crossroads Care Cambridgeshire. All the Crossroads schemes in Cambridgeshire had merged into us by 2011.

In September 2013 we launched our new organisational name “Carers Trust Cambridgeshire Crossroads carer service” to align us more with the national Carers Trust charity and make us more recognisable.

Carers Trust Peterborough was established in July 2014, when we were awarded the contract from Peterborough City Council to provide Carers Centre and young carers services in Peterborough.

Following the closure of Crossroads Care East Anglia at the end of September 2015, we established Carers Trust Norfolk and safely transferred the care of 317 carers in Norfolk despite only having 6 weeks’ notice. We also took over the £500k Big Lottery grant for the Norfolk Young Carers Forum.

Support in your area

Discover what support we can provide you and your family in your area.