Do you have ideas about what makes a difference to carers?

Whatever your role as a carer*, we want to hear from you. Caring Together believe that you, as carers, are the experts when it comes to issues affecting you and those you care for.

We want carers of all ages, and from all parts of the community, involved in having their voices heard on a range of topics. We are committed to carers being at the heart of all that we do.

The carer council has been created to ensure the voice of carers is heard throughout the work of Caring Together, and further afield.

If you are interested, or for a chat to find out more about how you could get involved, contact Steve Acklam, chair of the carer council, at [email protected]

Caring Together will reimburse reasonable expenses and look to coordinate replacement care if needed to enable carers to be part of the council.

*A carer is someone who looks after a family member or friend who would struggle to cope without their support. We also want to hear from people who are former carers, they are very much included in this important work.

The role of the carer council

The carer council makes sure the voices of carers and former carers are heard and acted on in everything done by Caring Together. See our chair, Steve Acklam, explain more.

The role of carer council and carer voice includes recruitment and training of staff, designing new projects to support carers, or telling the media and the public about the issues carers are facing.

How you can make a difference with the carer council

Do you want an opportunity to give your views as a carer? Whatever your role as a carer, we want to hear from you. We want to have carers of all ages, and from all parts of the community involved in our new carer council. 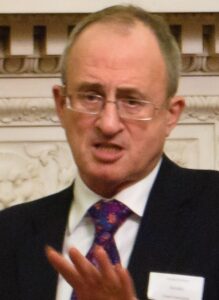 Steve Acklam (Chair)Steve says, “Most unpaid carers are probably looking after someone they love. They almost certainly did not foresee this seismic change in their circumstances, and were unprepared for this new role.

“My wife suffered a series of catastrophic health issues starting with becoming disabled at the age of 40. With GP support I was able to help her to deal with this. Even when aged 44 she then sustained a life-threatening head injury, I was able with excellent medical assistance to nurse her back to a more normal life. When signs of the onset of dementia appeared, however, I soon realised I needed help in terms of not only who to ask for help. but what help to ask for. This is a scary and uncomfortable feeling.

“I believe it totally appropriate that I do all I can to help others manage their way through what can be desperately challenging times.”

Ian, who lives in Ely, says, “I was a Civil Servant for 42 years before taking early retirement in 2017. In 2018 I was diagnosed with prostate cancer which had spread into my bones. I took part in a discussion with Ruth May, the Chief Nursing Officer, about my journey as a carer and the sticking points. I feel that I have the people skills and experience of working in a large organisation that may be of use to the Council.

“I have cared for my mum since 2016 when she was diagnosed with Alzheimer’s after a hospital stay. As this horrible disease progresses my role as a carer becomes more involved and much more time consuming. I have to ensure mum is safe and comfortable, do all the usual household chores and much, much more.” 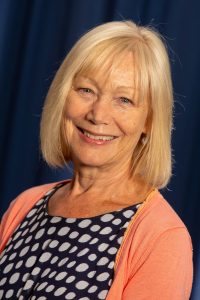 Christina says, “I am a Trustee of Caring Together and I am delighted to be part of the Carers Council as it is a very important way of giving carers a voice in the ongoing work of the charity to make a positive difference to the lives of carers.  Trustees are volunteers who are responsible for making sure the charity is doing what it was set up to do and working with the council is a vital way of achieving this.

“As a trustee and as an individual, I am deeply committed to carers and ensuring I use my role to work alongside carers to help our organisation flourish and grow to support as many carers as possible in ways that will help them most.” 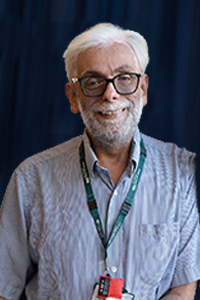 Howard is a registered psychiatric nurse with 11 years’ experience of supporting carers within the Norfolk and Suffolk Foundation Trust.

He currently work as a senior carers lead. He has worked in mental health for the past 20 years.

Howard says, “I have known the organisation for several years and have been in admiration of the work they do in supporting carers. As a carer myself and working professionally to support carers I know how hard it can be to be a carer and the need for good quality support for them.”

Miriam Martin
Miriam is Caring Together’s chief executive. She joined the charity  in January 2018. She has worked in the charity sector for over 20 years, mostly at Action for Blind People (Action), a UK-wide charity delivering services to blind and partially sighted people. Action had a budget of £23mn, with 900 staff and 400 volunteers, supporting around 90,000 people each year.

Miriam became CEO of Action in 2014, and in 2016 led a merger with the London-based Royal National Institute of Blind People (RNIB). She was previously RNIB’s director of services, reporting directly to the RNIB’s chief executive. 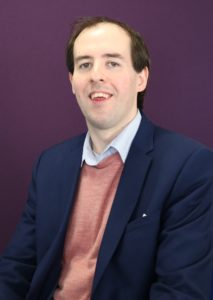 Andy joined Caring Together in May 2016 and is now head of engagement.

He has over 15 years’ experience of carers’ policy, awareness-raising and participation on a local and national level.

Andy was part of the national campaign to introduce legal rights for young carers, working alongside organisations such as Carers Trust and The Children’s Society.