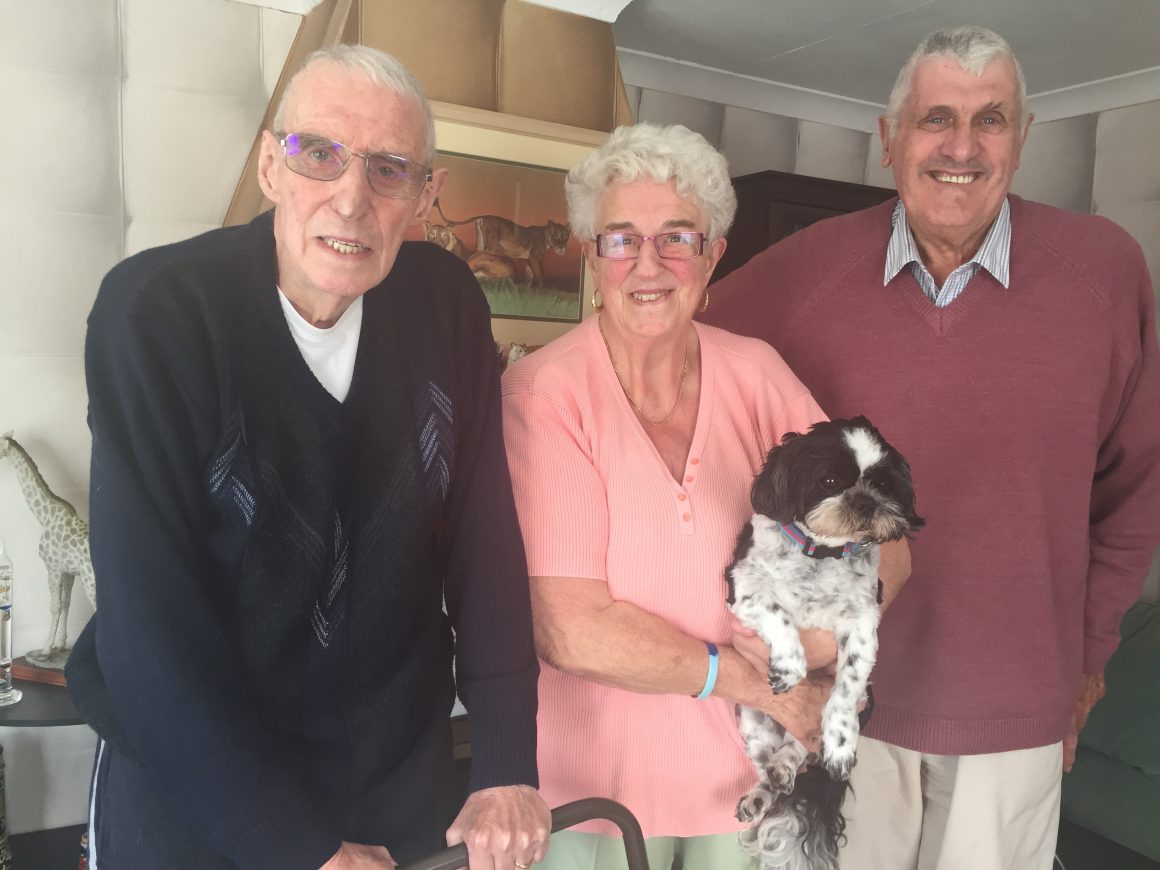 When Sandra Cross’s grief stricken brother began to suffer health problems following the sudden death of his wife, and later his daughter, she didn’t hesitate to offer to care for him.

Roy Stocker, 78, lost the power of his speech and ability to write, and his mobility was affected too as he began falling backwards after his wife Jo died within two months of being diagnosed with cancer in July 2013. His daughter Jane, 48, who cared for him initially, died of cancer too this July, leaving Roy all alone and struggling to cope.

Sandra, 74, who has a heart problem herself and cares for husband John, 78, who suffers from chronic obstructive pulmonary disease (COPD), immediately suggested that he could stay with them in their static home in Eye for a break, even though space is tight. That was two months ago – and Roy has stayed there ever since. He now plans to move from his home in Spalding and live next door to his kind hearted sister, knowing this will give them both peace of mind that she will still be able to care for him.

Sandra admits that sometimes she feels exhausted, but plays it down, saying: “You have got to get on top of it. Had the situation been reversed, I know Jo would have done the same for us.”

She helps her brother wash, provides his medication, and, in Roy’s own words, “looks after me like a baby.”  He also has a hiatus hernia near the heart, as well suffering from ulcerated colitis.

Sandra contacted Carers Trust Peterborough for support following a recommendation from their son, Calvin, and his wife Karen who knew about their work supporting family carers.

She said: “When Roy came to live with us, Calvin said that Carers Trust Peterborough could help us too. They told us how they had been to Thorpe Hall and were very impressed with what they saw. Christine Nicholls, their Care Manager, came to visit, she came to see us three times and helped me with all my form filling for the Blue Badge, attendance allowance and I had a carer’s assessment too. I wouldn’t have managed to do this myself, it was really helpful to have someone do this for me and learn about the benefits I was entitled to.”

John helps out the best he can at home, but gets short of breath from his COPD, and is full of praise for Sandra, who he says “does it all”.

For Sandra, being able to keep a close watch on Roy, means she does not have to worry about him all the time.  He used to have falls at his home, always falling backwards, and once cut his head open and fractured a rib. He once phoned Sandra at 1.30am to say he had fallen on the kitchen floor and crawled back to bed. Sandra arrived at his house in Spalding at 5am following the emergency call to check he was alright, worried that he might be injured.

She has no regrets about taking on the extra caring role, even though there are times when she and John cannot stay out on special social occasions very long, worrying how Roy is coping if left alone, knowing that his voice is hard to understand by others on the telephone.

Sandra added: “Although it is hard work and tiring, I know that what I do is rewarding and making a difference to the lives of others. I think Roy is looking a little better now and has put on weight since he moved in. It’s also nice to know that if you do have a problem you only have to pick up the phone and Carers Trust Peterborough will help you, or come out to see you. It’s the same story, a problem shared is a problem halved.”

What advice does Sandra have for other carers? “Just look on the positive side. Once you start getting down about things, then it gets hard to pick yourself up again. You have to tell yourself that’s what life has dealt you and get on with it.”

Christine Nicholls, Care Manager for Carers Trust Peterborough, said: “Sandra is so compassionate about other people, she puts her own health needs second to the needs of her brother and husband. They would be completely lost without her support, and when her hubby praises her she says ‘I keep taking the pills, they keep me going.’”

Do you live in Peterborough?

Find out about our range of support available to people with care needs and caregivers in Peterborough.