Caring Together calls on MPs to protect the rights of carers 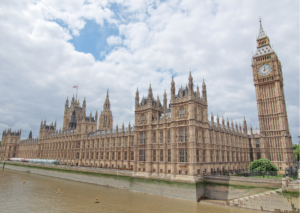 We have written to every MP in Cambridgeshire, Peterborough and Norfolk asking for their support in protecting the legal rights of carers, which are at risk of being removed in a vote next Wednesday (30 March) through the Health and Care Bill.

The Health and Care Bill repeals the Community Care (Delayed Discharges etc.) Act 2003 which gives carers the legal right to be consulted before the person they support is discharged from hospital. Members of the House of Lords recently successfully passed an amendment which would retain these rights in the Bill. However, the Bill is set to now return to the House of Commons on Wednesday 30 March, where MPs will decide whether to accept the amendment or not.

Miriam Martin, our chief executive said: “After two years of the COVID-19 pandemic, carers of all ages are at breaking point. Whether they have been supporting parents, children, partners, siblings or other people close to them, because of disability, ill-health or substance misuse – they are exhausted and it has taken its toll on all aspects of their lives – from education and employment to finances to health and wellbeing.

“This is why it is vital that carers are given more rights and support, not having the few legal rights they do have taken away. If MPs do not accept the amendment next week, then this will be the first time in the history of health and care legislation that the rights of carers have been actively removed.

“As a charity committed to championing the voices and experiences of carers, we are regularly hearing from carers how they aren’t recognised by health professionals or considered when it comes to hospital discharge. By replacing legal, enforceable rights with statutory guidance, politicians risk making a bad situation even worse.

“Unpaid carers are the backbone of our society, saving the country a staggering £193 billion per year during COVID. Health and care services could not have managed without unpaid carers’ support and so we are calling on our MPs to show that they genuinely recognise and value the vital role of carers.”

Read how you get involved in asking your MPs not to take away the rights of carers.