The pressures facing young carers during the COVID-19 pandemic have been revealed in new research by the University of East Anglia (UEA) which Caring Together have supported. 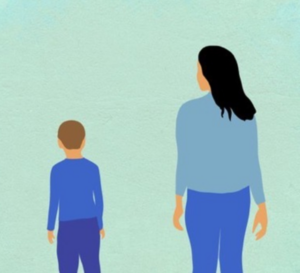 The restrictions of lockdown and the anxiety related to the risks associated with COVID-19 have been central to young carers’ difficulties, increasing their caring load, preventing them from getting a break or from turning to their established coping strategies such as spending time with friends, going to school or engaging in a hobby.

Participants in the study spoke about the amplified difficulties in managing the practicalities of supporting their families during the restrictions of lockdown, from not being allowed into shops to lack of access to transport. The loss of established routine has also had an impact on the physical and mental health of parents, which in turn has increased the caring burden on young carers.

Despite these very difficult circumstances, many young carers felt unable to complain, as this would be “selfish” and insensitive to the person they were caring for. As one of the youngest carers interviewed, 12-year-old Izzy, said: “People don’t realise the entirety of my life is me being a mini adult, but it’s not a pick and choose the time sort of thing.”

The research report published today calls for any child under the age of 18 living with a parent or sibling with substantial disability, physical health needs or mental ill health to be automatically regarded as a young carer during the on-going pandemic and supported accordingly. Also, that the stipulation of both the Care Act 2014 and the Children and Families Act 2014 that no child should undertake inappropriate and/or excessive care be given additional weight within this health crisis.

There are an estimated 800,000 young carers in the UK providing essential care for their families. However in light of COVID-19, health, social care and education systems in place to support and safeguard young carers and their families have had to make radical changes in how they meet the needs of disabled and vulnerable people, potentially drawing their focus away from the often unheard voices and marginalised needs of young carers.

Over four weeks the rapid response research project sought the real time views of young carers, young adult carers, parents and youth workers in a bid to understand their needs and how these are being managed during the pandemic.

The work was led by Dr Kate Blake-Holmes, of UEA’s Centre for Research on Children and Families (CRCF), and involved support organisation Caring Together and their lottery-funded Norfolk Young Carers Forum project.

Dr Blake-Holmes said: “The increase of pressure and stress for young carers was palpable within many of the interviews. Participants described not being able to ‘get space’ to manage their stress, with some describing school as the only place where they could get ‘breathing space’.

“The young carers who took part in this study were very aware of the limited resources available to change things in the face of COVID-19 and its associated restrictions. Instead, they gave wider messages that they felt would be beneficial for young carers.

“All felt that awareness needs to be raised about what it means to be a young carer. This awareness raising was important for health, social care and educational services and staff, within the general public, and also, their own peer group.

“Young carers’ voices are central to understanding the impact of these responsibilities and they should be involved in all aspects of research, as well as policy and service development.”

Youth workers who took part in the study said the caring responsibilities for older young carers had increased exponentially since lockdown. This included greater responsibilities both for the person they were caring for and their younger siblings.

Young carers spoke about assessments both for the people they are caring for and themselves having been cancelled. While they understood the rationale for this, the uncertainty about when these would be re-arranged has left them feeling uneasy. Informal support had also been withdrawn, including individual arrangements families relied upon such as shopping delivery and childcare.

The lack of support from friends and wider family was keenly felt by the young carers and their families, while a strong desire for the routine and respite of school was prominent throughout the young carer interviews. Some were struggling to manage the requirements of home learning and described the practical barriers such as having to care for younger siblings or not having a quiet space to be able to study.

As schools reopen, the report recommends that teachers be mindful that some of their class may be young carers and that careful consideration be given to the support they require to return to school and re-establish themselves within the curriculum.

Dr Blake-Holmes said the work of organisations such as Caring Together was also crucial for the health and wellbeing of carers, as they are able to respond to young carers’ needs in a flexible and proactive manner without the potential stigma of some statutory services. As such, the value of their work should be recognised and funded.

Andy McGowan, head of carer services at Caring Together, said: “We know that the lives of young carers and young adult carers can be very difficult at the best of times. The COVID-19 pandemic has caused additional problems for young carers, while at the same time making it harder for them to access support to help them in their caring roles or get a break from their responsibilities.

“It is essential that children and young people who are young carers are identified at the earliest possible opportunity and given the support that is so essential to them. While funding and resources are vital for this to happen, we also need to see a change in the level of awareness about young carers, their roles and their needs.

“This is particularly important in the context of education, where it is vital to ensure that not only are young carers supported to safely return to education, but also that the attainment gap between them and their peers is not widened as a result of young carers being unable to engage in learning during the pandemic.

“Research like this is vitally important for this to happen. We all have a part to play in supporting young carers and we will be working hard in the coming weeks to raise awareness of the challenges young carers are facing during this crisis and to prevent the imbalance they face in the classroom growing even further.”

The report ‘Understanding the needs of young carers in the context of the COVID-19 pandemic’ is published by the Centre for Research on Children and Families.

If you would like to support the work Caring Together does to support carers at this time please go to www.caringforcarers.uk where you can make a donation.