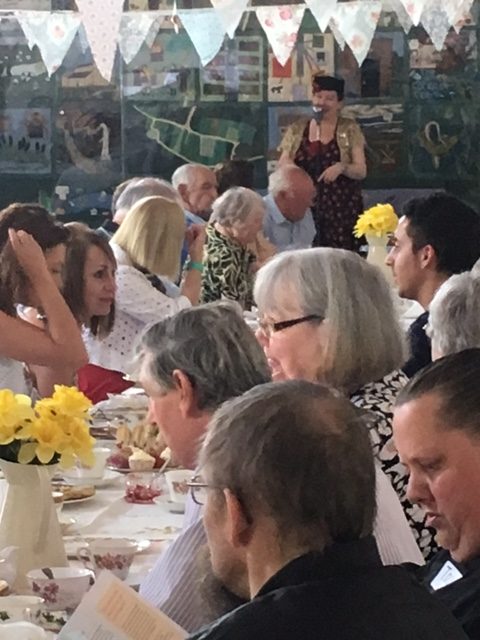 Organised by The Spinney Patients Association from the Spinney Surgery and co-funded by Carers Trust Cambridgeshire and St Ives Town Council, a Vintage Tea Party was held at Needingworth Village Hall on Friday 10 June 2016.

A cream tea with scones and sandwiches was provided for carers along with singing and dancing.  Deputy Mayor, Philip Pope and his consort attended the event which was opened with a speech from Dr Helen Brown.

If you live in Cambridgeshire or Peterborough you could get a Family Carers Prescription from your GP surgery.