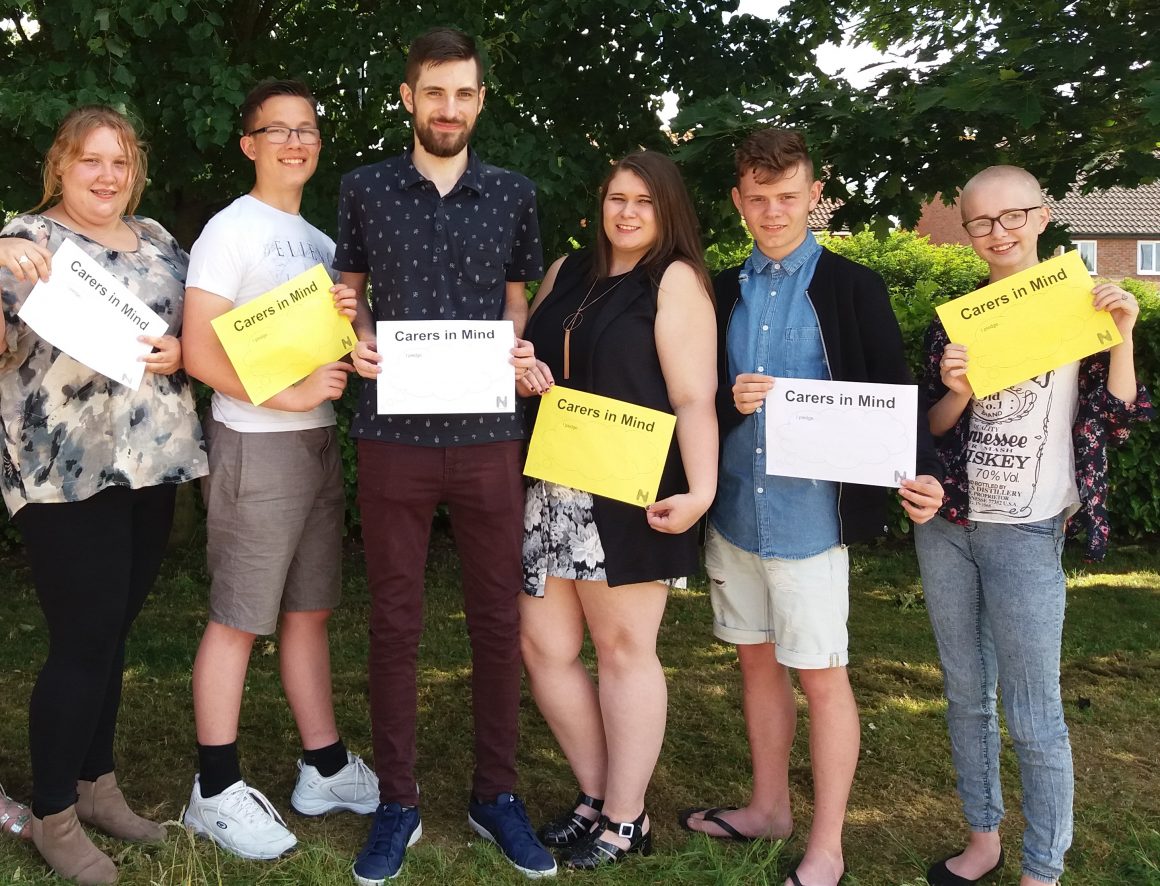 As part of Carers Week 2017, Norfolk Young Carers Forum launched their “Carers in Mind” campaign at an event at Dereham Town Football Club.

The “Carers in Mind” campaign aims to raise awareness of those young carers supporting people with mental health issues. As well as the impact that caring can have on the mental health of young carers and young adult carers. It is a campaign which has been created entirely by the members of the forum and has the backing of leading Young Carers academic, Professor Jo Aldridge.

The launch event was planned and hosted by young carers and brought together professionals from health, education, adult services, statutory and voluntary sectors as well as family members. It gave the attendees the chance to hear first-hand from young carers and young adult carers about what life is like for them and more importantly, what needs to change to make things easier for young carers and their families.

Professionals in attendance described the event as “fantastic”, “moving and powerful” and has already resulted in links between professionals being formed.

The event also saw the Norfolk premiere of the NHS England animation, ‘Out of the Woods’ which was launched days earlier, and really highlights what it can feel like to be a young carer (and was narrated by Carers Trust Cambridgeshire’s very own Ella)

The voice of young carers in Norfolk